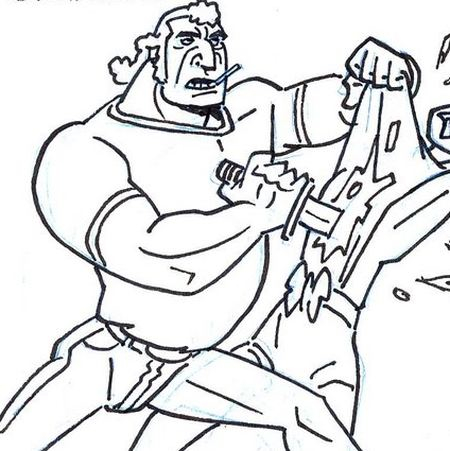 True to his promise, Venture Brothers artist Sephen DeStefano delivered part two of his "How To Draw The Venture Brothers" today -- and it's everything we'd hoped it would be. Even if you're not an artist and have no interest whatsoever in drawing the 'Bros, this is worth a look.

Why? Because DeStefano gives us a killer look inside each character via the descriptions. For example, he writes:

"Brock is built for power, not beauty! Make sure he's barrel-chested and thick-waisted." And, "...this is generally the proper stance for Brock -- a bit like a stiff gorilla. He should never appear too heroic or fluid when standing."

Check. That's what makes Brock one of my favorite VBers.