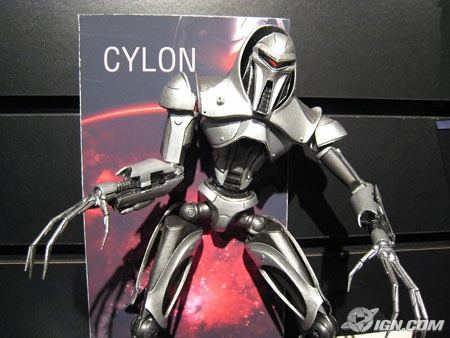 In late Toy Fair '08 coverage, IGN posted pictures of some Diamond Select's series two Galactica action figures, which should hit shelves this summer. According to IGN, series two will include "Starbuck, Kat, a Cylon Centurion, and exclusives of Helo and Cain." They report that Diamond also has "busts and statues of characters and ships from the series" in production.

As you can see from their photos (one above), they look pretty sweet. Be sure to check out the original IGN post for lots more photos, plus some of Diamond's new Star Trek figures as well.

One gripe, though: No Larry?