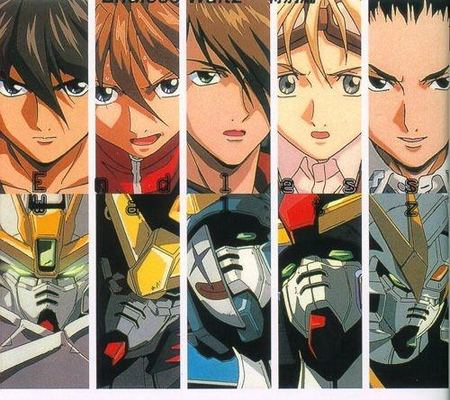 Gundam Wing: The Locus Of Victory And Defeat Sean was kind enough to bring over some of his complete Gundam Wing collection tonight to give me a chance to check it out. Since he grabbed the wrong box and ended up with the second box set instead of the first, we chose this episode as my introduction. It required a bit of explanation, but as most of the episode is a flashback to earlier episodes, it provides a good bit of back story.

My first take: I'm going to like this series a lot. I love the fact that so much happens in such a short time in each episode, and hey -- freakin' big robot powered suits!

One question for all you anime gurus out there: why does every episode of anime always end with a song and a young, female character doing kid-like things that don't actually take place in the series? (I'm not complaining -- just wondering.)

2 Responses to "Gundam Wing: The Locus Of Victory And Defeat"