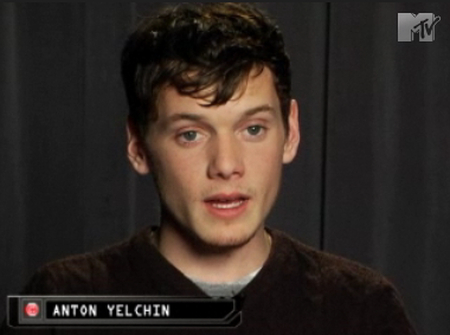 As has been widely reported, Anton Yelchin -- Star Trek XI's new Checkov -- indicated in an MTV interview that he won't say "nuclear wessels" in the new flick, but will take on the whole "w" replaces "v" bit. So maybe the real "spoiler" is that Checkov never says "vessels."

Regardless, you should check out this string of videos from MTV if for no other reason than to hear Yelchin's description of standing on the bridge "with aliens and s--- blowin' up." It's worth your time.