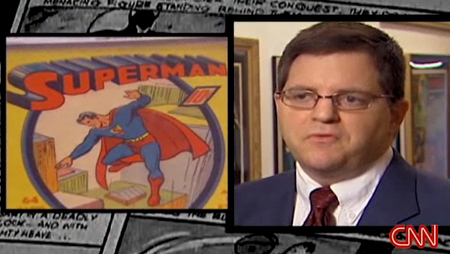 Stephen Fishler of Metropolis Collectibles is on CNN today explaining how collecting comics -- and vintage movie posters -- might be an option for wary investors burned by the stock market. One example: Fishler owns the first comic in which Batman appeared, which sold for $0.10 in 1939, but is worth $485,000 today.

In the CNN report, Fishler says he started collecting comics as a kid, but turned his collection into a business in the 1980s. He now has a comic "vault" containing over 200,000 books.

His advice for future comic investors: take six months to a year to get familiar with the market before you jump in. And most importantly, "Buy what you like, buy what you appreciate, buy what you enjoy, and if it turns out to be an investment, so much the better."