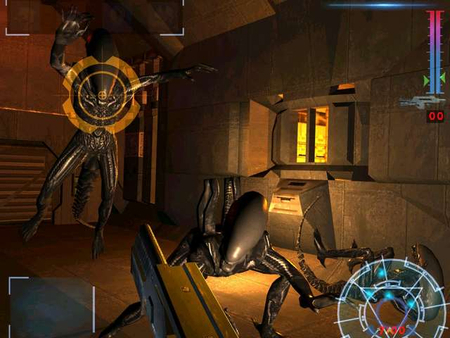 Fans will be happy to hear that BSG/DS9 writers David Weddle and Bradley Thompson are preparing the story behind the upcoming Aliens: Colonial Marines game now scheduled for release late this year.

Gaming blog Play says the Aliens title will consist of squad-based combat in "confined environments, which various nasties will no doubt be leaping and creeping out of." Let's hope that the writers who brought us the "greatest moment in sci-fi since the Millennium Falcon arrived at the end of Star Wars," the Ferengi "Great River", and Ezri Dax's joyous family find a place for their talents in the game.