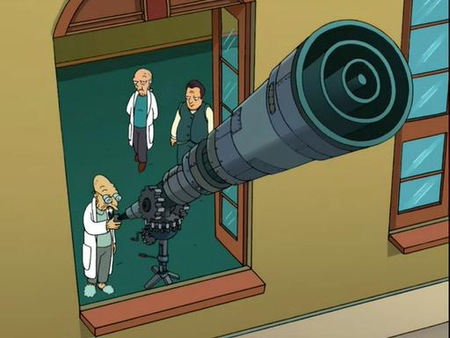 Where’s That Smell-O-Scope When You Need It?

Futurama scores again! Last week Slashdot reported that "ISS Science Officer Don Pettit reports in his journal that outer space gives off a smell best described as 'a rather pleasant sweet metallic sensation.'" Is Pettit's blog he notes how he discovered the "smell" when re-pressurizing the ISS's airlock to admit fellow astronauts after EVAs.

If you check out the Slashdot post, don't miss the awesomely snarky comments.

Outer Space Has A Smell [Slashdot]