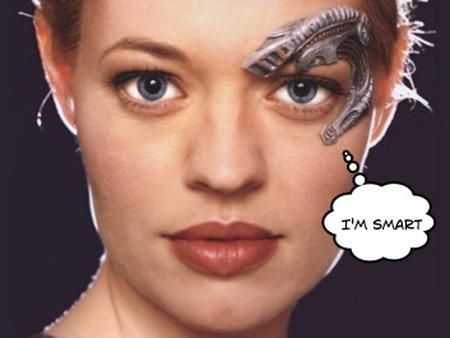 The friendly folks over at TV Squad today stumbled across a list of the "10 smartest TV shows of all time" issued by MENSA. Number two on the list: Sean's favorite kid-friendly science show, Cosmos.

I suppose I can see where they're coming from, in that M*A*S*H so brilliantly handled social issues of the 70s that the lessons still seem applicable -- if maybe a bit preachy -- today. And hey, M*A*S*H makes a Futurama appearance. That certainly lends it some GWC cred.

Incredibly, though, there's no scifi in the list. None. (Cosmos is science fact.) Are Frasier and Boston Legal really "smarter" than the entire Star Trek franchise?