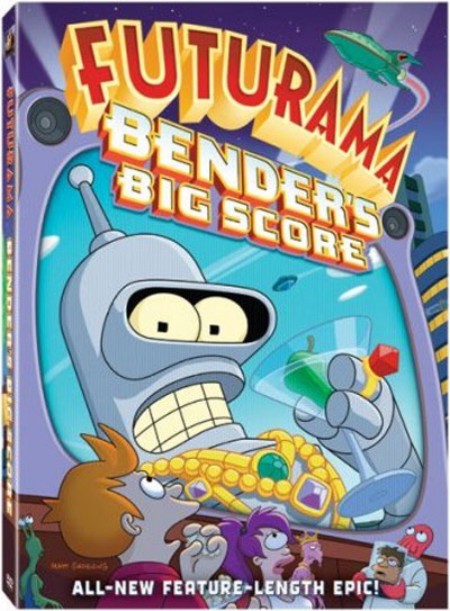 If you've listened to more than about five mintues of GWC, you know we're big Futurama fans. So how could we possibly pass up watching and commenting on the first new Futurama material in years?

We snagged our copy just days after release, and have already watched it a few times. Our advice: ignore the mediocre reviews and obtain a copy right away. This feature-length flick wasn't made for critics, it wasn't made for new audiences, and it wasn't made for film buffs. It was made for us, the fans. It's an 88-minute thank you to everyone who stuck with the series after its untimely demise wrapped in an 88-minute sendup of Fox and the moronic executives who canned the show filled with 88-minutes of glee.

Look for a DTA podcast on this down the pike, and don't be afraid to join the Frak Party to celebrate Planet Express' glorious return.