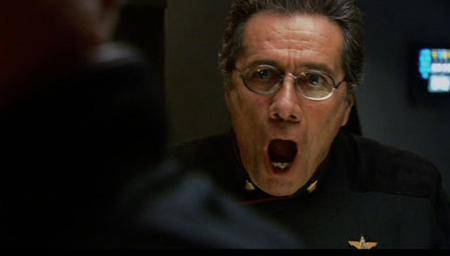 No BSG Until April?

If you haven't read this LA Times Blog shocker yet, take a look. Just as we suspected, "2008" doesn't necessarily mean January. Apparently it means "April." From the Times Blog:

"Ronald D. Moore, the executive producer who runs "Battlestar Galactica," is gearing up for the long goodbye by taking on a new task. He will step into the directorâ€™s chair for the first time next season as his dramatic reinvention of the hokey 1970sâ€™ space opera treks toward the end. The final 20-episode run will kick off in â€” you read it here first â€” early April."

At this point it also seems pretty certain that SciFi will interject a large mid-season break just like they did in season three, which means we probably won't see BSG wrap up until sometime in 2009.

Yes, it's frustrating. Infuriatingly so. But I hope most fans take it in stride, avoiding the easy-to-cop "that's it, I give up" attitude. I have a feeling that season four is going to be something great, even if we have to wait for it.

And don't worry: GWC isn't going away regardless of what SciFi does to BSG.

32 Responses to "No BSG Until April?"