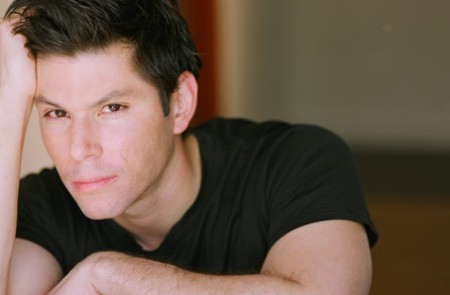 According to a press release from Sci-Fi this morning, we'll receive "an eight-week series of exclusive mini-sodes, between two and three minutes in length, beginning in October."Â  They go one to say that the mini-sodes will "take place during the original Cylon War and center on a young William Adama (played by Nico Cortez), who discovers a dangerous Cylon weapon that will come to haunt him and his crew 40-years later."Â

If -- like us -- you're wondering why they're not calling 'em "webisodes," this bit from the release might help explain: "The mini-sodes will be available on SCIFI.com after they debut on the network."Â  We can't help but wonder how they'll release the mini-sodes.Â  Will we see them in the middle of Eureka?Â  Or other shows that need a boost?

We also noticed that the IMDB entry for Razor lists Nico Cortez -- that's a publicity photo of Nico above -- as "young Adama."Â  So it looks like we're going to see quite a bit of him in October and November.

(Thanks for the tip, Phoenix!)