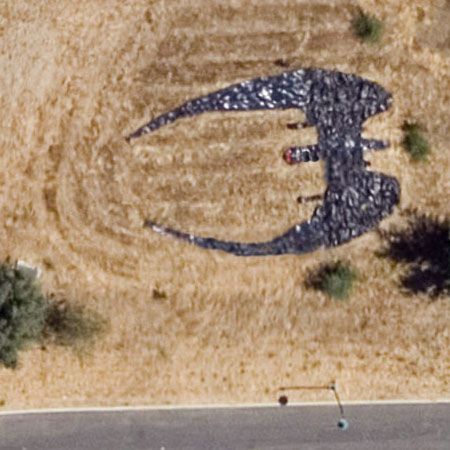 A Cylon Raider From Space

At this year's O'Reilly Â Foo Camp, a few enterprising artists were offered the opportunity to create some, um, unique art that would likely appear later in space shots from Google Earth and possibly other such utilities.

They created some Space Invaders characters from large white blocks, but the item above will likely be of more interest to you.

According to the participant who posted these pictures, we should look for more information later in the year.Â  Man, I hope it made it into Google Earth's database.Â  It'd be a fun trick to show your friends.

On Space Art in Sebastopol... [Plasticbag.org]

14 Responses to "A Cylon Raider From Space"